The New York-based architect is President of the architectural firm Kohn Pedersen Fox Associates (KPF) and is known for his contributions to the designs of new cities, urban mixed-use clusters, and supertall buildings, including the Lotte World Tower, currently the world's fifth tallest building, and One Vanderbilt, Midtown Manhattan’s newest tall building, currently under construction and slated for completion in 2021. At KPF, his work ranges in scale from a school to a supertall skyscraper, and he contributes closely to these efforts from conception to completion. In addition to focusing on his own projects, he leads the community of designers within the firm in exploring shared architectural agendas and goals. As President of KPF, he is responsible for leading the staff of 550 people in six offices around the world.

Since taking the helm of KPF in 2014, von Klemperer has steered and directed a dynamic collaborative design practice that continues to produce powerful works of architecture that also address key challenges of the 21st-Century. He has delivered works of inspiring architectural excellence and distinction in the fields of private, public and institutional commissions both in his home country and abroad. He has undertaken projects of different scales from a looming skyscraper to the large commercial and corporate buildings. He understands materials and construction, but also the importance of poetry and artistic power in architecture to communicate architectonic intent on a variety of many levels.

His built work welcomes public space. Both innovative and inspiring, he shows how great architecture at its best can improve and sustain people’s lives in the most dense and complex urban environments worldwide. Established in 1994, The American Prize for Architecture also known as The Louis H. Sullivan Award, is given to outstanding practitioners in the United States that have emblazoned a new direction in the history of American Architecture with talent, vision, and commitment and has demonstrated consistent contributions to humanity through the built environment and through the art of architecture.

The award, organized jointly by two public institutions, The Chicago Athenaeum and The European Centre for Architecture Art Design and Urban Studies, honors American architects, as well as other global architects practicing on those continents, whose body of architectural work, over time, exemplifies superior design and humanist ideals. The American Prize for Architecture pays tribute to the spirit of the founder of modernism, Louis Sullivan, and the subsequent generations of Chicago practitioners as Frank Lloyd Wright, Daniel H. Burnham, and Holabird & Root. It also broadcasts globally the significant contributions of America’s rich and inspiring architecture practice and its living legacy to the world at large.

Previous American Prize Laureates include: Sir Norman Foster, Michael Graves, the General Services Administration, Richard Meier, and, most recently, Adrian Smith + Gordon Gill Architecture, and Form4Architecture. Born in 1957 in Northampton, Massachusetts, von Klemperer attended Phillips Academy Andover and the Perse School in Cambridge, England. He received his Bachelor of Arts, Magna Cum Laude, from Harvard University in 1979, majoring in History and Literature. His thesis focused on the novels of Louis Ferdinand Céline. Von Klemperer was awarded the Charles Henry Fiske Scholarship from Harvard, sending him to Trinity College at the University of Cambridge, where he began his architecture studies under Peter Carl. In 1983, he completed his Masters in Architecture, Cum Laude, from Princeton University, where he studied under Rafael Moneo, and was the recipient of the Butler Traveling Fellowship. His interests in literature have never subsided. Over the years, he has created a series of portraits of famous writers and philosophers, such as Vladimir Nabokov. Ludwig Wittgenstein, and Bertrand Russell; a project that is ongoing. As an artist, he produces breathtaking watercolors of such great cityscapes as Cairo, Seoul, and Paris, as well dramatic sketches of the buildings he designs. He is an artist and a poet by every measure. It was, however, the job he landed at Kohn Pedersen Fox in the 1980s that changed his professional career entirely, where he trained under William Pedersen and A. Eugene Kohn, and senior Principal Bill Louie. Founded in 1976, KPF was the New York firm that burst into the architecture scene with key iconic, post-modern designs for such large-scale urban buildings as 333 West Wacker Drive in Chicago (1983); 900 North Michigan Avenue in Chicago (1989); Chicago Title and Trust Building (now Grant Thorton Tower in Chicago, 1990); Chifley Tower in Sydney (1992); Westendstraße 1 Tower in Frankfurt of 1995); The Hoftoren in The Hague (1999- 2003), and The Shanghai World Financial Center (2008).

Those projects launched the office into the architectural limelight giving a new definition to the soaring skyscraper, winning great critical praise, awards, accolades and set the firm on the course as one of the most respected and prolific offices in the United States. From the 1990s to this current decade, those buildings have won numerous American Architecture Awards, International Architecture Awards, and Green Good Design Awards from The Chicago Athenaeum. Architect von Klemperer has carried on the tradition of this premier U.S. architecture office taking up the reigns of the office from Messrs. Kohn and Pedersen. From 2008, he shared that leadership position with his friend and classmate Paul Katz, until Katz’s untimely death in 2014. With great architectural bravado, inventiveness, skill, erudition and design magnitude, von Klemperer has had the keen ability to create special urban places that are much more than a single building. His architecture expresses respect for the primacy of the site, the legacy of a local culture, the invaluable lessons of architectural history, and continuous desire to push the envelope. The final result is a close collaboration with fellow. KPF Principals and staff, illustrating the firm’s strong belief that teamwork and open dialogue amongst peers stimulates and inspires the best design. A major focus of von Klemperer’s work has been to heighten the role that large buildings play in making urban space. He has explored this theme in major projects in Asia including the China Central Place in Beijing (2008); Plaza 66 in Tianjin (2015); China Resources Headquarters in Shenzhen (2018); Jing An Kerry Centre in Shanghai (2020); and the 123-story Lotte World Tower in Seoul, South Korea (2017). Lotte World Tower, co-designed with Trent Tesch is the recipient of a Green Good Design Award for 2018. Other prominent Asian skytowers designed by von Klemperer include: Dongbu Financial Center, Seoul; (2002), Beijing Science Technology Park, Beijing (2006); Songdo First World Tower, Incheon, South Korea (2009); Mirae Asset Tower, Shanghai (2009); Harbin Bank Headquarters Harbin, China (2016); SOHO Tianshan Plaza, Shanghai (2017); SOHO Gubei, Seoul (2018); and, with his partner Robert Whitlock, Dongjiadu Financial City, Shanghai (2021). In New York, his design for One Vanderbilt links directly to Grand Central Terminal and becomes Midtown Manhattan’s tallest office tower.

One Vanderbilt won an American Architecture Award in 2017 from The Chicago Athenaeum. Each of these projects creates strong symbiotic relationships between program space and the public realm. In particular, One Vanderbilt Tower, along with China Resources Headquarters and Lotte Tower, will be key, pivotal landmark towers that define the history of architecture in this second decade of the 21st-Century. In other projects, von Klemperer’s designs have been recognized for the marriage of efficient program with adventurous form. His Peterson Institute for International Economics in Washington DC (2002), NYU College of Nursing, New York, New York (2015), Park Fifth Residential Project in Los Angeles (2006), and Riverside 66 Urban market in Tianjin (2015) have all received distinguished design awards. In Europe, von Klemperer led the design for the Wanda Hotel (2012) and residential towers in One Nine Elms (2012) London. He is also active on the continent, in particular in Paris, where he has completed a building for the Ministry of Justice at the Parc du Millénaire (2017), WINDOW La Défense (2018), and in Lyon where he is designing a series of buildings within the Part Dieu Station Precinct. In addition to his professional work, von Klemperer has taught at the Yale University School of Architecture as the Eero Saarinen Professor (2012, 2016). He has also lectured at many universities including Harvard, Columbia, École Speciale d'Architecture, Tsing Hua, Tongji, Seoul National University, and Tokyo University. He is a frequent lecturer at the Council on Tall Buildings and Urban Habitat, the AIANY Center for Architecture, the Asia Society in New York and Hong Kong, and New London Architecture.

Like his designs, much of his academic work explores the potential for incorporating inclusive public space in dense urban structures. This agenda translates to his pro-bono design for the redevelopment of the Gamashie neighborhood in Accra, Ghana. He also serves on the boards of various educational and cultural institutions, including the Storefront for Art and Architecture and Bard College, and is the President of the Board for both the Skyscraper Museum and the Urban Design Forum.

Throughout his career, von Klemperer has been able to produce a body of work that combines conceptual innovation with superbly executed buildings. Creating outstanding architecture for more than 35 years at KPF, he has successfully undertaken skyscrapers, schools, medical facilities, office buildings, and cities, each time seeking to extend the possibilities of architecture. He is an unusual professional and artistic talent, dedicated to the process of discovery that comes from seeing the opportunities that lie in each commission and each site. This is an architect of important, paramount integrity. As the architect so simply and humbly states: “my interests are to make a significant and meaningful contribution to the public good.” 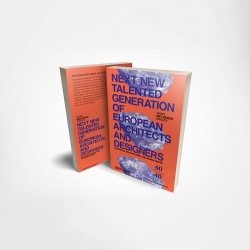 Next New Talented Generation of European Architects and Designers
30.00€
Add to Cart
Add to Wish List
Compare this Product 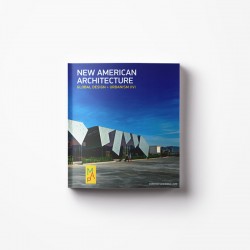 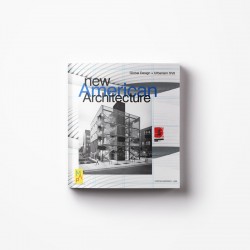 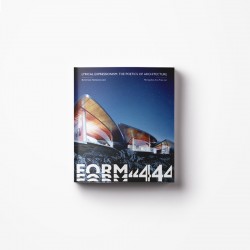 Out of Stock
Lyrical Expressionism: The Poetics of Archtecture
25.00€
Send Enquiry
Add to Wish List
Compare this Product 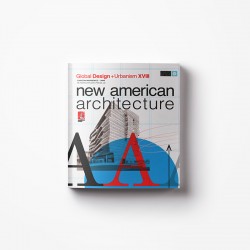